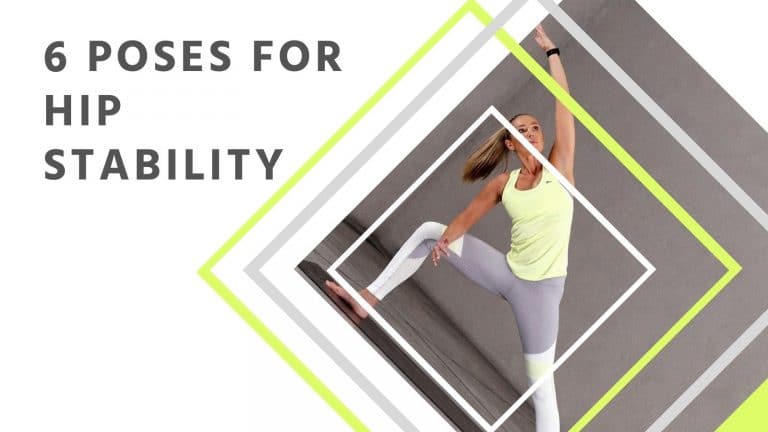 “At times, I’ve been able to run better than my fitness level should allow, simply because I have great stability in my hips and glutes and can keep up good form even as I start to get tired.” Ultramarathon champion, Matt Flaherty

In yoga, the hips are a primary focus, both in terms of strength and flexibility. In fact, many of the core standing poses, including Warrior 2, Reverse Warrior and Extended Side Angle pose, stretch and strengthen the hips simultaneously.

We aim to strengthen the hips, through their full range of motion, to improve pelvic stability and reduce stress on the lower back, knees and ankles.

THE IMPORTANCE OF HIP STABILITY FOR ATHLETES

As an athlete, strong, flexible hips are of paramount importance for performance and for reducing injury. A stable pelvis leads to a more powerful stride, kick, jump or pedal stroke, enhanced movement efficiency and greater agility and motor control. Stable hips also help to avoid excessive strain on the lower back and knees, that are more vulnerable to injury as they have inherently less mobility.

The hip is a complex structure. Alongside the ball-and-socket hip joint, where the top of the leg connects to the pelvis, we have the hip flexors (including the psoas and rectus femoris), the hip extensors (including the glutes and hamstrings) hip rotators (including piriformis and gluteus medius) and adductors (including the groin). These muscles work together to support the pelvis and allow the hip to move and generate force in multiple planes of motion. Weakness or imbalance in these structures can compromise performance and result in pain or injury, as a consequence of inappropriate stress and strain.

Alignment is key in hip stability yoga poses. If there is a lack of flexibility in your hips, your body will have a tendency to compensate and pull you out of optimal alignment. So pay close attention to the cues to ensure that you are building strength on a strong and steady foundation.

4 Daily Poses For Lower Back Pain

Here are your 4 poses for lower back pain—to strengthen the abs, obliques and lower back and release tension around the lumbar spine.

Here is a "quick guide" that you can save to your phone with 5 mins of morning yoga poses. It's the first thing I do every day, wherever I am.

5 Twisting IT Band And TFL Stretches

Here are 5 great IT band stretches. Stretching the IT band can be difficult with conventional stretching as it is not elastic like a muscle.