Lessons I’m Learning From The Love Of My Life 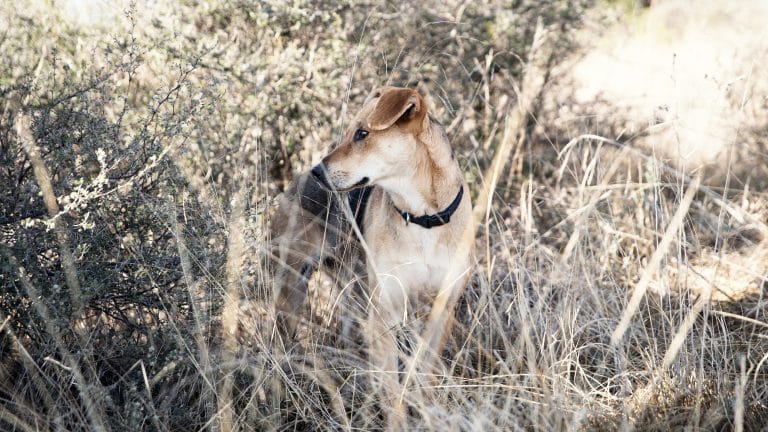 I’m a little like a rescue dog right now. I sought refuge in Mexico two months ago when the border to France, where my family live, closed to non-citizens. I’ve been in quarantine with a Mexican friend (Guada), her son and his girlfriend, and my English friend, Charley. We also share the house with nine dogs, five of whom are rescue dogs and a cat called Mini. She’s quite small.

One of the dogs, Rico (Suave), has stolen my heart. Rico means rich, delicious or adorable in Spanish, which is an apt name now but wasn’t when Guada took him in. He was chained up without food for a year or more and was hairless, skin and bones. As well as falling head-over-heels in love with him, little Rico Man has been teaching me some valuable lessons.

1. WE’RE NOT JUST ONE THING

Rico doesn’t fit neatly into a box. It’s almost impossible to say what type of dog he is. He looks part coyote, part deer and a little bit salmon—he’s so damn wriggly. I’m finding that we’re no different. We’re not one thing or another. Not happy or depressed. Not virtuous or all bad. We go through so many phases in our lives that labels like this don’t tend to be very helpful.

“When you see someone putting on his Big Boots, you can be pretty sure that an Adventure is going to happen.” Winnie the Pooh

Rico lives for walks. He’s excellent at them. He leaps and bounds and chases after everything. However, when he’s on a walk, I’ve noticed that he’s not at all interested in tickles. Find him in the afternoon, when it’s hot and he’s feeling snoozy, and Rico Man is all about it. He’s really great at compartmentalising. I think we could all be better at tuning into our own natural rhythms.

“I was in love with the exceptional, and ready to sacrifice all normal happenings to it.” L. P. Hartley

Rico often gets little spines in his feet when he bounds through the cactus but he’s not keen to stop and ask me to take them out because he doesn’t want to miss out on any adventures. Clearly, he doesn’t reflect on the situation and decide on the best course of action but he has the same instincts as we do, to make sacrifices for the things that are most important to us.

“Flow follows focus. It can only show up when all our attention is focussed on the right here right now, on the present moment.” Steven Kotler

In the garden with four of the other dogs, Rico sometimes finds it hard to focus. He’s hyper-vigilant—flitting from one thing to another. I think he might still be responding to his early trauma. He has a blessed life now. He eats well and has plenty of time and space to explore but those traumas still manifest when he feels uncertain. And they entirely go away when he’s in flow, following a scent or wrestling with his best dog friend, Natalia.

“One of the signs of the dawning of self-mastery is the gradual elimination of blame.” Epictetus

Sometimes I can’t take the dogs for a walk in the morning because I go on an early bike ride before it gets too hot. It’s heart-breaking because I know it’s their absolute favourite thing and I’m responsible for depriving them of it. And although Rico is clearly disappointed—it’s not hard to tell, on account of the whimpering—he’s very forgiving when the evening walk comes around. Rico doesn’t hold grudges.

“The richest, happiest and most productive lives are characterized by the ability to fully engage in the challenge at hand, but also to disengage periodically and seek renewal.” Jim Loehr and Tony Schwartz

Rico crushes recovery. He holds nothing back when he’s out on a two or three-hour walk. He’s tireless, in hot pursuit of every sound and smell. Every rustling in the undergrowth. And when he comes home, he digs a hole in the shade and passes out. With just his little ears twitching to bat away the flies and the occasional shake of his back leg as he re-lives the day’s adventures.

Rico, you complete me.