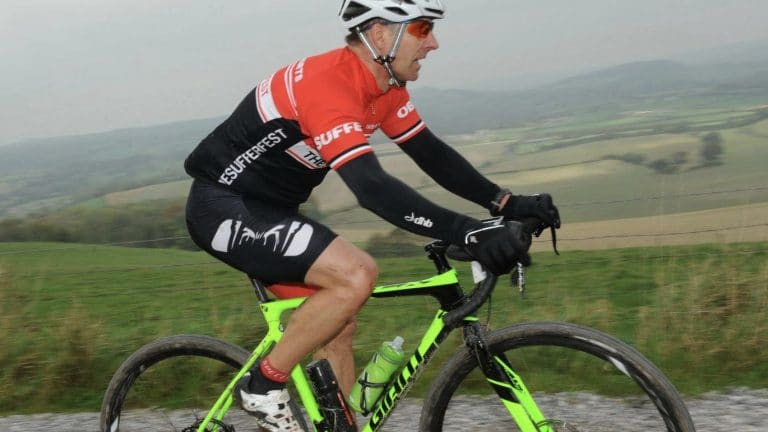 Serving in the Army for 27 years, I’d say my body took a bit of a beating…now and then. I played a lot of sports, took part in many expeditions and was deployed on various operations during that time. I was a member of the Royal Army Physical Training Corp for 20 years and was also attached to various units, some within the British Airborne Forces—carrying out physical training, operational training and parachuting.

Single endurance events and triathlon were my primary sports—from Sprint to Ironman—and I had the opportunity to represent in the Army in triathlon. Now as a 50+ triathlete and Army veteran, my body is full of aches and pains.

I started doing the Yoga 15 sessions as part of The Sufferfest programmes after taking part in some yoga sessions whilst on holiday. I would never have considered it in the past!

After only a few weeks of the sessions, I started to notice that I was getting into the poses much easier. So I started doing back-to-back sessions, sometimes 4-6 in a row.

Soon my body felt longer in the water when I was swimming, my shoulders didn’t ache as much after 2-3 hours on the bike and my legs felt looser whilst running.

Suddenly, I noticed that I’d completed 43 days in a row. And now I’ve passed a full year, doing yoga every day, and feeling great for it. Yoga 15 is part of my day, keeping me mobile and assisting my mental health by helping me stay relaxed and calm.