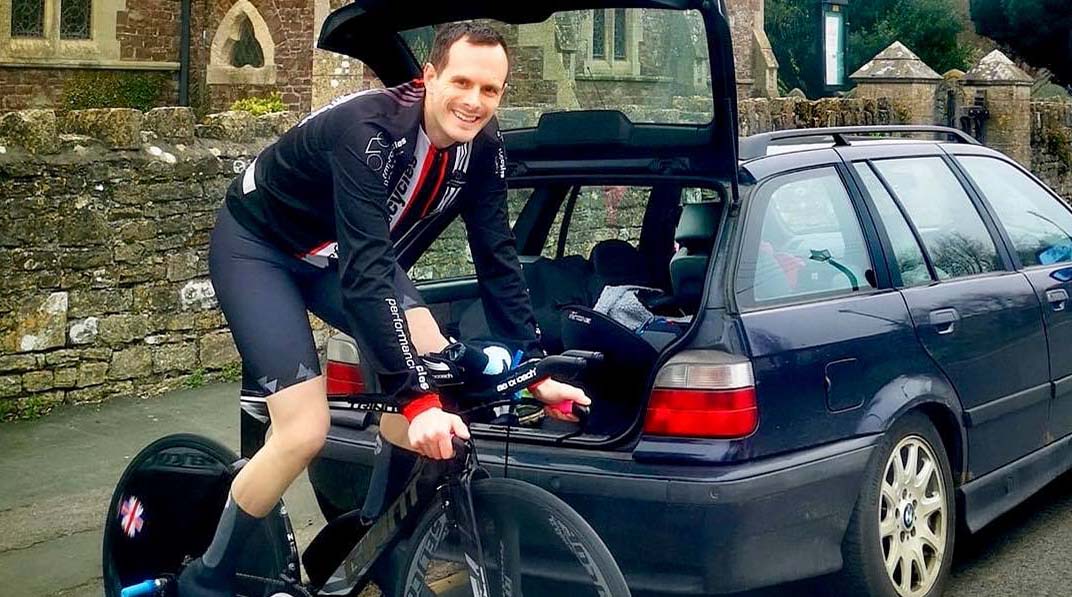 My journey to cycling time trials and yoga began with running, at the start of the decade. In 2015, I shifted to triathlon, completing a couple of half iron distances and one full, before realising that it was really the cycling that I loved. In 2015, I also started training with The Sufferfest first generation app. Back then it was just a video player. I’d bought myself a TT bike to try to save some time on the bike leg, but found I was so weak and stiff that it was too uncomfortable to ride in a decent position. I sold the bike in the winter of 2016 and vowed I’d only buy another one when I’d improved my flexibility and core strength.

Having worked sitting down at an office for the best part of two decades, it was no surprise that my hips are particularly tight. Running highlighted this with a fairly serious hip flexor strain that put me out of action for several weeks in early 2014. Cycling only made me more conscious of the issue and, after my first TT bike experience, I began to think about how I’d address the problem. I started attending a local Pilates class off and on but I never really enjoyed it. Then, when The Sufferfest hooked up with Abi and Yoga 15, I thought I’d give it a go. Much like my initial foray into running, I’d do it a couple of times a week for a few weeks and then stop. Despite this, I had noticed an improvement in my flexibility and core strength to the extent that I bought myself a new TT bike and found, much to my relief, that I could now ride it with some level of comfort.

MY ONE YEAR COMMITMENT TO DAILY YOGA

With the start of 2018 approaching, and inspired by my friend Lee Sutton who was well into his own daily yoga streak, I decided I’d commit to doing yoga every day from 1st January through to 31st December 2018. In that time, I focussed my workouts on hip flexibility and core strength as those felt like the areas where I’d get most benefit. Over the course of the year it was great to feel the progress as my hips became less sore and I could finally complete some of the core work that initially left me a crumpled heap on the floor. I also grew a cm!

As the completion of my 2018 challenge neared, I became concerned that if I stopped completing a daily session I’d find a missed day became two, which became a week, a month and so on until I’d thrown away all those hard earned gains. So I decided simply not to stop! As I type it’s early October 2019 and I’m 645 days in. For the future, I am intending to get back to some more focus on the core work in particular to help me begin riding longer cycling time trials in comfort. Yoga has now simply become part of my daily routine whether that’s to help me relax and clear my mind at the end of the day or stretch out those tight hips.