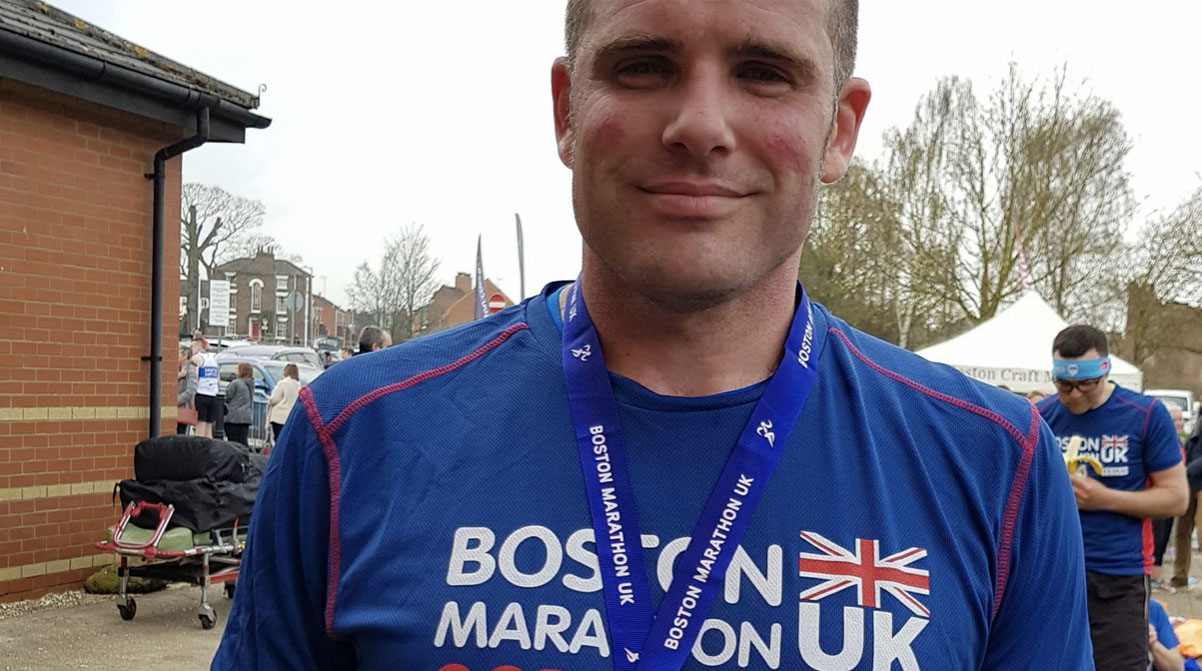 Daily yoga update: Lee was the first to hit 360 consecutive days of Yoga 15 videos in October 2018.

I’ve been a recreational runner and cyclist for a few years. Since getting involved in the Sufferfest cycling workouts and community, I’ve been able to push myself to limits I never thought possible—culminating in completing an Ironman triathlon last year. Unfortunately, my running performance has always been held back due to various niggles and, more recently, quite severe knee and foot pain in the latter stages of long runs.

As a typical bloke, I’ve never been one for stretching and conditioning and was very reluctant to try yoga. If I’m honest, my impression of it was that it was a bit wishy washy. Even when the routines first came to the app, I never really paid them much notice. But then a few of the guys on the Sufferfest FB page at the end of last summer posted that they were challenging themselves to do 30 days of consecutive yoga so I thought why not join in!

I started off with great intentions and managed about 9 days before going on a diving trip to Orkney and failing on the first day away!! Anyway, when I returned home I decided that I couldn’t be the one who failed this challenge (I didn’t realise at this point that both the other people I knew who were doing it had also dropped out) so I restarted.

I started to feel some benefits after a week or so but I felt like I was really struggling more than I should be with some of the poses. As someone who doesn’t like to blame his tools, I didn’t really notice that a big part of my issue was the £5.99 Lidl mat I was using. It was super slippery when it got even a drop of sweat on it plus it didn’t grip the floor and was super stretchy. Often my Downward Dog would end up in an unceremonious face-plant as the mat got longer and longer. I decided to bite the bullet and order the long version of the Manduka Eko mat which is advertised as their grippiest model.

When it arrived I was immediately impressed by the quality, sure it was expensive but at least you could tell that money had been worth it. I do still get a bit of slippage if I’m particularly sweaty but overall it holds well. Plus, from everything I’ve read, the Manduka mats tend to get grippier with use. This has really helped me start to nail some of the poses and allows me to concentrate more on the details of them rather than constantly wondering when I’m going to slip!

I’m now up to nearly 6 months of daily yoga and I’m really starting to see tangible benefits. From silly little things like putting my socks on in the morning and being able to turn my head and back more easily, to being able to ride my bike in the drops, reduced muscle soreness and less knee pain.

Pro tip: Do the routines that really focus on your needs/weaknesses. I found my hip flexibility went a bit backwards when I wasn’t doing routInes like Hip Openers as regularly as normal.